Send us a message

Succeeded! Your message has been sent successfully.
×

Send us a message

A short but long description of how Maya Francis Film started.

The inspiration started when I got hold of my first phone with a camera. Although the picture quality was very poor with 3mega pixels, it never stopped me from taking random photos. I started to take my photography more seriously when my brother brought me a Sony Cyber shot camera at 12.4 Mega Pixels. I became amazed at the quality of photos that where produced. So one day on a weekend I became bored and started to get creative. As I was taking Art GCSE at the time, I thought I’d do some work towards it involving photography. My first batch of real good photos were my lips collection, sticking food and applying makeup, produced some much liked work by many people. From then on I ALWAYS carried my camera with me. Everywhere I would go I would have it to make sure I wouldn’t miss a chance of a good photo. And years on it’s become a massive part of my life and a great love of mine and continues to help others as well as myself.

And so this is where the filming comes in! I got involved in a little workshop which involved handling a hand held camcorder. Right away I remembered when my dad use to use a humungous Phillips video camera, which recorded on to tapes back in the day. I suddenly found myself falling in love with a whole new world that seemed so familiar. I mean, who knew you could make photography move huh? I then began to take it further when an old work friend told me I had lots of potential in this area. She enrolled me in a project at OFVM (Oxford Film Video Makers) called Summer screen. This is where it began to unfold. Working with like minded creative people in a studio environment sparked my new passion in film. From camera operating and editing, to broadcasting live on the net for all to see, I knew this was where I wanted my career to go. I was always adamant I was going to have a career in the performing arts or just arts in general, but never did I think this! I then got onto an experimental film course and this showed me just how creative you can get with filming and animation. It then got to the stage where some of my camera skills and vox pops were shown at a local cinema called the Pheonix. I had never thought something that I was involved in creating was going be shown on a big screen for all to see! 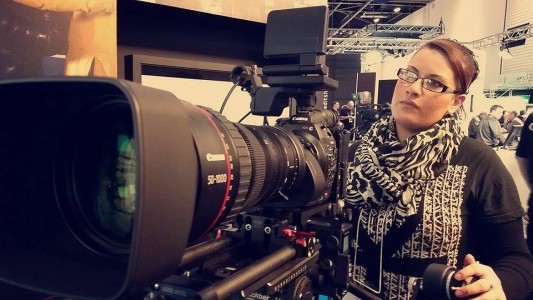 Testing out and having fun on the EOS C. ONE DAY!

I then managed to get in contact with a woman named Zahra Tehrani, who ran a recording studio in my home town. We got talking and found out that we could help one another. I was to start filming events that where organised by her involving young talented musicians in my home town. The first video being a Young Women’s Music Project workshop. This then led on to creating one of the first, well thought out music videos to be created, which in only a couple of days reached views in the thousands.
After a couple of years, BG RECORDS was born. A small independent record label, ran by the same woman. I continued making music videos for the artists on the label and recording workshops and gigs in various venues such as the O2 Academy, Cowley carnival and many more that where held by the label. I then met a guy named Paul Miles, who ran a company named FameStage based in London and surrounding areas. Some of Famestage artists have worked with and has support with Mack Woodward – 3x Grammy winner who’s worked with the likes of Beyonce, Usher, Michael Jackson and more. Famestage held great events for the talented singer/songwriters that are involved and runs a music studio where people from all around come to record. This led onto me creating videos of the artists recording vocals live in the Famestage studio.
I have then gone on to create my own establishment, as my portfolio has grown, which is this! Maya Francis Film.

I continue to meet new people and work for all sorts of reasons. From promoting events via video for companies, documenting events for charities and peoples personal reasons. As well as photo shoots.
I then started to try and get into the TV industry and so attended a BBC masterclass in London. This gave me the knowledge behind working for the BBC and what it entails. Which led onto meeting Lucy Hooper, an executive producer of the BBC, at the BBC Broadcasting house Complex in London’s Regent street, where myself and others from our group pitched a programme idea.

A year later, in 2016 I became a trainee Video Editor for a show called What’s Up TV, broadcast on Sky One which then lead onto working at the BBC’s TMO department. Currently I still freelance in the world that I love as a Videographer & Editor, Freelance Producer / Editor for BBC Live stories as well as being a Technical / Post Production Supervisor for Licklemor Productions programme, Unmuted (previously What’s Up TV), on Sky Arts & Digital Content Producer for MAMA Youth Project. This is where we train people to make the Sky Arts show, Unmuted. 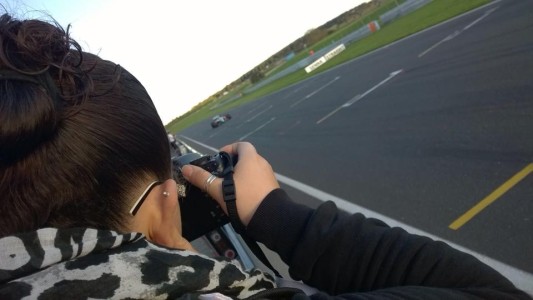 Filming and photographing at Lotus on Track 2016

I could go on and on with the amount I have done and the places that I have been during my career, but my knowledge is still growing and there is so much more to learn in this ever changing field.